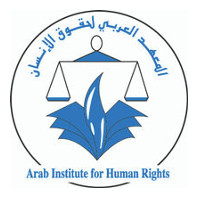 The Arab Institute for Human Rights is an independent Arab NGO founded in 1989 by Arab Organization for Human Rights (AOHR), Arab Lawyers’ Union (ALU) and Tunisian League for Human Rights.
The IADH was created in a particular context, signed by an opening of the Arab States to the question of human rights and democracy on the one hand, and on the other hand by virtually nonexistence in the majority of these states, of NGOs working for the promotion and protection of human rights. The missions assigned to the IADH by the founding NGOs have been assigned to this context, namely training through the dissemination of the universal culture of human rights. The Institute aims to raise awareness on civil, political, cultural, social and economic human rights. It also aims to desseminate and promote human rights education through seminars, workshops, research, surveys on women’s rights, child rights.
The IADH is the first regional organization to hold the first roundtable on the death penalty in the Arab world in October 1995 in Tunis in partnership with Hands off Cain.
For the first time, Arab and international experts in the fields of law, religion, social sciences, media, parliamentarians and representatives of NGOs gathered together to raise awareness of the issue of the death penalty and its abolition. Participants highlighted the absence of serious obstacles to abolition in Arab legislation. They also recommended that the following reforms be implemented:
the possibility of appealing the conviction passed; the abolition of all special courts; the abolition of all articles of laws which condemn to death in the case of political affairs, opinion and belief; Increased opportunities for recourse to forgiveness; the reactivation of religious reflections on human rights and a call to re-read cultural references in this sense; support for an international campaign for a moratorium on capital executions.
The fight against the death penalty is an important part of its programs, hence its commitment and support to the Tunisian coalition against the death penalty since June 2007.