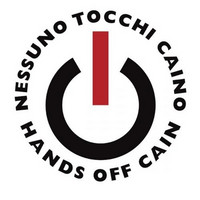 Hands Off Cain (HOC) is a non-profit organization, founded in Brussels in 1993 and a constituent member of the Nonviolent Radical Party, Transnational and Transparty which has the UN-ECOSOC Consultative Status (General) since 1995. The name “Hands Off Cain” is inspired by the Genesis but the association is a secular one. The first book of the Bible includes not only the phrase “an eye for an eye” but also “And the Lord set a sign for Cain, lest any finding him should smite him”. Hands off Cain stands for justice without vengeance.
The organization played a pivotal role in the adoption of the UNGA Resolution on the Moratorium on the Use of the Death Penalty, and actively works on the implementation of this universal moratorium as well as the fight against torture.
The abolition of the death penalty cannot be imposed by decree. The moratorium can be viewed as a meeting point between abolitionists and retentionists. It allows retentionist states to take a step towards abolition, and the abolitionists to help spare the lives of thousands of people. The path of dialogue, liberal and anti-prohibitionist, of the moratorium – and not the outright abolition of the death penalty – which since 1993 Hands Off Cain has chosen to propose in all international fora, has proved to be the main way to overcome seeming insurmountable obstacles, and open doors otherwise inaccessible.
Hands Off Cain publishes an annual Report on the death penalty worldwide and bestows the Abolitionist of the Year Award.
Hands off Cain head quarter is based in Rome (Italy) and the legal siege is in Brussels (Belgium).