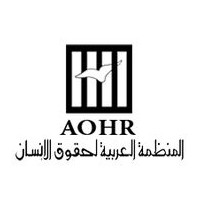 The Arab Organization for Human Rights (AOHR) was founded in 1983, aims to promote the respect, protection and awareness of Human Rights in the Arab Region, as well as to promote Dignity, Freedom, Justice and combat all forms of discrimination and violence. AOHR had a historical landmarks contribution to the creation and growth of the Human Rights movement in the Arab region at both national and regional levels.
The AOHR has 22 branches and affiliated organization in 16 Arab countries, along with individual members in 47 countries around the globe. The AOHR has also participated in establishing the Arab Institute for Human Rights (AIHR) in Tunisia since 1989.
The AOHR has the UN-ECOSOC Consultative Status (Special) since 1989, the UNESCO Executive Relations Status since 2003, the African Union’s Observatory Status since 1990 and the Arab League of States’ Observatory Status since 1999. In addition, the AOHR is a founding member of the Bar of Association of the International Criminal Court (ICC).
As International Organization, the General Secretariat of the AOHR is based in Cairo, Egypt in accordance with a signed agreement with the Egyptian Government in May 2000.
The AOHR is well known as the main House of Expertise in the Arab region, with great speciality in advocacy through monitoring, field inquiry, fact finding, documentation, reporting and interventions.
Since 1993, the AOHR had also contributed internationally -through regular and multiple partnerships with the UN entities- to the modern concepts concerning Human Rights Based Approach to Development, Sustainable Development and the Legal Empowerment of the Poor.