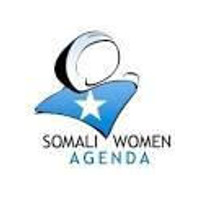 The Somali Women Agenda (SWA) was created as a national women’s movement including Somali women both within Somalia and in the Diaspora, mainly focusing on women participation to decision making process. The formation of the SWA started in 2004. The platform was officially launched in 2007 with the participation of 22 organisations. It is strictly related with IIDA, (Women’s Development Organization) and aims to draw urgent attention to the need to alleviate the status of Somali women and strengthen each other in addressing issues affecting women and girls, through capacity building, advocacy and networking. It seeks to promote women’s participation in the decision-making process, in an effort to affect policy change and promote accountability.
SWA has a consolidated set of partnerships with authorities at all levels: Somali Federal Parliament (with which it promoted a draft Human Rights Commission legislation); Ministry of Women and HR; and Justice (with which it contributed to capacity building programs for judicial staff).
Over the years, it has been instrumental in promoting legislations, capable to re-engineering debates on the gender representation and electoral and political parties debate, leading women organisations in the constitution drafting process, namely the promise of 30% of elective positions, which never materialized due to central role of clan elders. SWA has also been galvanising women movements in Somalia to speak with one voice. It also carried out a research on the plight of women from the minority groups, strengthening their capacity to enable them in the fight for their own rights and space.
Currently it is negotiating for adequate representation in selective and appointive position. SWA through its interaction with the Ministry of Justice has discussed and seen their willingness to observe human rights during trials more so on having fair trials, and to improve the prison conditions for inmates. The prosecutors have been undergoing training and for the first time they have two women prosecutors thanks to the Attorney General.