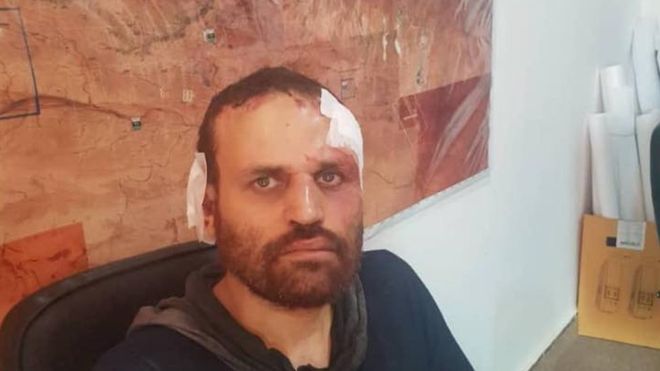 4 March 2020: top Egyptian militant suspect Hisham al-Ashmawy was executed on 4 March 2020 following his conviction over several high-profile attacks, the country’s military spokesman said.
Ashmawy, a former Egyptian special forces officer, led the Sinai-based Ansar Bayt al-Maqdis, Egypt’s most active militant group, before it pledged allegiance to Islamic State in 2014.
He then moved with a group of followers to Egypt’s Western Desert, later crossing the border to Libya to join the al Qaeda-linked Ansar al-Sharia, according to Egyptian officials.
He was captured in the east Libyan city of Derna in late 2018 and transferred to Egypt in May 2019.
Ashmawy was convicted on several charges including plotting a 2014 attack that killed 22 military guards, and the attempted assassination of a former interior minister in 2013.
Military and civilian courts had sentenced him to death before and after his extradition.
Egypt’s military spokesman posted a picture of Ashmawy with a thick beard dressed in orange prison overalls on Twitter. “This morning the death penalty was carried out on the terrorist Hisham al-Ashmawy,” he wrote.
Local media including the state newspaper al-Ahram as well as security sources had said last week that Ashmawy had been executed, though the news websites later took down their reports.
(Sources: Reuters, 04/03/2020)