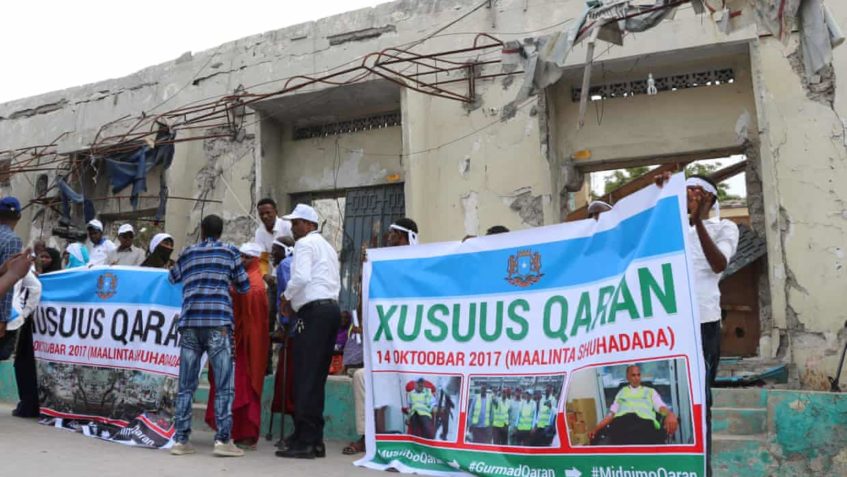 10 July 2019: Somali government has executed three men in Mogadishu for involvement in the deadly siege at a hotel that killed at least 18 people and injured 48 in October 2017, Garowe Online reports. The country’s military court convicted Farhan Mohamed, Abdinasir Dhaqane and Abshir Mohamed for their role in a 12-hour Al-Shabaab gun and bomb attack at Nasa Hablod 2 hotel in October 2017.

A group of five extremists armed with AK-47 rifles and grenades stormed the building after a suicide bomber detonated an explosives-laden vehicle at the entrance gate who engaged in a fierce gunfight with troops throughout the night. The three young men who have been veteran members of the Al-Qaeda-linked Al-Shabaab extremist group were arrested hours after security forces ended the siege at the hotel while they tried to escape. They were sentenced to death in May 2018 by the military court in Mogadishu. The assault took place two weeks after more than 750 people were killed by a massive truck bomb at K5 junction, a busy Mogadishu street which became Somalia’s worst-ever terrorist attack in history.

The execution will concern human rights campaigners. Death sentences have been carried out increasingly often in the unstable eastern African state in recent years, with 24 executions in 2017. Somalia receives significant military assistance from the US and the UK.