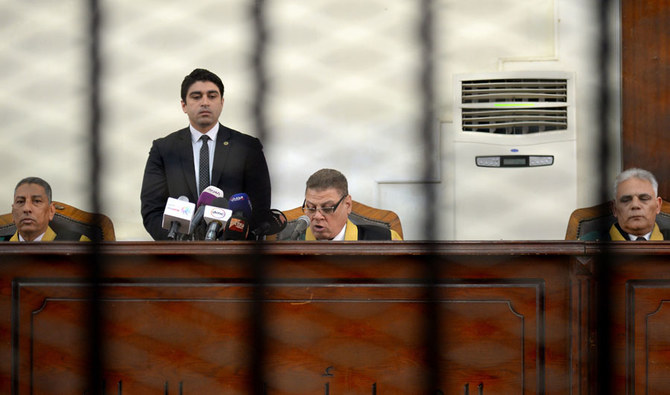 12 May 2019: two men were sentenced to death by hanging on Sunday for a deadly attack on a Cairo church in 2017 claimed by the Islamic State group, a judicial source said, after the case was deferred to the Grand Mufti on 17 April 2019. Ten people, including a police officer, were killed when several assailants targeted the Mar Mina Coptic church in Helwan, on the southern outskirts of Cairo, on 29 December 2017. Two others were sentenced in absentia to life in prison, four received 10-year terms and two were given three years each in prison. Another defendant was acquitted.

According to the authorities, the attacker on trial was armed with an assault rifle, ammunition and a bomb he intended to detonate at the church.

A Cairo criminal court sentenced the man for “murdering nine Copts and a policeman, possessing weapons and forming a terrorist group linked to IS,” the source said.

One of the attackers was reported killed on the scene. Another man, who is on the run, was sentenced to death in absentia, the source added.

All of those convicted have the possibility to appeal.

Coptic Christians, who account for around 10 percent of Egypt’s population, have been targeted in a string of attacks by IS in recent years that have left more than 100 dead.